Cranking Down Into The Grit

I can’t believe I haven’t had my coffee yet and I’m blogging.  That’s either about commitment or being a glutton for punishment.  I’m not caffeinated enough to tell which yet.  I’m having a happy Saturday morning though where I’m in love with my life just the way it is, so that seems to be holding me over for the moment.  All I keep thinking is why can’t every morning be this?  Oh right, stupid bills that need paying…

As you might have guessed, Camp NaNo is still going well.  I’m still writing away, even though I won, because Where The Ether Flows isn’t done yet.  And I’m fine with that, since I’m having way too much fun to stop now. I still have a ways to go, but the tendrils of the end are starting to weave themselves in.  Last night, I wrote one of the parts I added to the outline just before I started writing and it turned out even better than I could have hoped for.  At least, I think it did.  I haven’t reread it.  Maybe later today as I get started on whatever word count I put in today.  I suspect it’ll be good, given the next couple of parts I have coming up and that I have all day to write.  Oh dear god, I’m looking forward to this.

I’m definitely resisting the temptation to try guessing how long this book will be, as I’m always wrong anyway.  So I’ll distract myself by telling you how it has been going instead. 🙂  It’s a good plan, I’m telling you.  Thursday night I put in a very nice 3,089 words.  I was happy.  I mean, my personal pace is 2k per day, and I did 3k, which kept my streak alive for the week.  I also got through a scene I’d been anticipating since I thought of it.  Poor Devan.  Oh well.  Last night, as I said, was another good scene, but it was one that could have so backfired on me, as it requires some finessing.  It may still require more of that when I go to edit, but it’s a good draft of it, and led to 3,781 words, so I will seriously not complain.  This, of course, has brought me to a total of 57,703 words on Ether Flows, and still going strong.

Today will be interesting, as I’ll be writing a part I’ve known about since the beginning.  I’m a bit unsure how this will go. I mean, it’s got potential, but I have to handle it right, and it’s kind of built itself up in my mind.  I’m sure I’ll be able to get down into it though, I generally do.  It’s about letting the words just be what they’ll be and clean it up later if it isn’t just right.  It’s a gritty part where people get things they want, even though those things aren’t quite what they believe and just might be a bit… poisoned (not literally).  That’s kind of where the post title comes from.  The last couple of days, I’ve been really down in the gritty parts of the story, where I’m breaking my characters, making them work and pay for that better place in their lives that I try to lead them to.  There’s definitely more of that to come, and someone has a price to pay that they never expected.

Of course, in the midst of all this yesterday, I happened across a post from Discover Magazine in my Facebook feed (it’s the only magazine I’ve ever voluntarily subscribed to), and the title of it sparked an entirely unrelated story. Yes, another idea.  The nearly over-inspired writer had another.  As a friend of mine said after I mentioned this on Facebook, “Are you going to leave anything for the rest of us?” 🙂  Honest, I’m not trying to be greedy.  They keep stalking me/jumping me/otherwise insisting on being there.  Those of you who pop into my Project Status page from time to time have probably noticed that I update there without warning, as I have stuff to put in.  I’ve done so again, adding this new idea that’s as fleshed out at this point as what I started out with for Necromantic.  I can feel The Queen and The Raven leading me to some interesting places, but it too shall have to wait it’s turn.  There’s already quite the line up for time with my brain, and it’s the new kid in this neighbourhood.  I need more time.  I need more brain.  I need to write full time.  I’m never going to keep up with these ideas.  I fear I might not be able to even if I were to write full time…  But damn if I don’t want to try. 🙂

It’s funny, I’m looking at my word totals and realizing I may never be the kind of writer who produces massive tomes in the Robert Jordan/George R.R. Martin tradition.  The thing is, I’m okay with that for two reasons.  First, I can only write what’s in me to write and I refuse to drive myself crazy and sabotage myself by attempting to force something else out of me or lament what isn’t there.  I’m doing well and shockingly proud of myself for it.  I shall not be ungrateful.  Second, I think there’s likely a market for stories that don’t involve committing to that much reading time for a single book.  I really do.  When I was a bookseller back in university, I’d hear people who said they wanted to get into fantasy but were intimidated by those enormous books, and others who said they just didn’t have that kind of time.  Now, I read those and I find that you just read them over time, but not everyone sees it that way.  So, I would guess that, in the view of these kinds of people, my (relatively) little 90k word-long books would be very digestible and the whole trilogy sort of adds up into one of these giant tales.  I think I understand the difference, why mine are much shorter, but that’s a subject for another post, as I’m not done mulling that enough to talk about it yet.  I’ll get to it when the thoughts are ready for human consumption.  You know you’ll all hear about it when I’m ready.  I’ve never had that skill for shutting up anyway. 😉 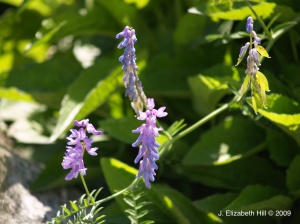 I'm a writer and photographer. I always have something with me to take notes for ideas or writing projects I'm thinking about or have on the go. I also like to go around with my camera and take pictures of anything that strikes me as beautiful or evocative. I'm perpetually working on one story or another, while waiting for enough distance to judge the last one (or more). I'm always working on several projects at once, developing the next book, even as I'm editing the last. Beyond that, there's always plenty of scraps and twists of ideas rolling around in my head, eventually turning themselves into full blown stories.
View all posts by Julie →
This entry was posted in Photography, Writing and tagged Books, Ether Flows, Fantasy, ideas, Insights, NaNoWriMo, Photography, Queen and Raven, Writing. Bookmark the permalink.

8 Responses to Cranking Down Into The Grit